Help us build bridges to independence for Arkansans with autism.

Arkansas Autism Foundation Board of Directors 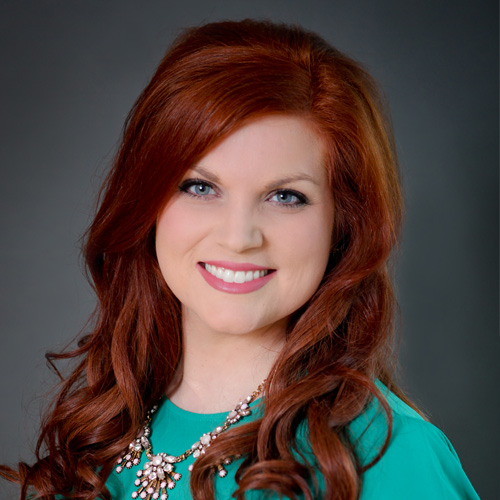 Lauren is the mother of two sweet boys and wife to the love of her life Dustin. Originally born and raised in Little Rock, she now resides with her family in Bryant. Lauren brings years of marketing and event planning experience to the Board as she Co-Chair’s the Blue Tie Blue Jean Ball. Lauren holds a master’s degree in Health Science with focus on Health Education and Promotion from the University of Central Arkansas. In 2016, when Lauren’s oldest son was diagnosed with Autism, her and Dustin’s lives changed. Lauren struggled with acceptance of the new normal for her son, wrestled with understanding the diagnosis and faced challenges with the school where he was currently placed. But one thing Lauren knew was that no one could ever be a better, stronger advocate for her son than her! Lauren decided then to not only advocate for Lee but for all who shared her son’s diagnosis. “I want to share my experiences, knowledge and struggles as we travel this road of learning and living not only for Lee, but to help others find strength and resources as well. 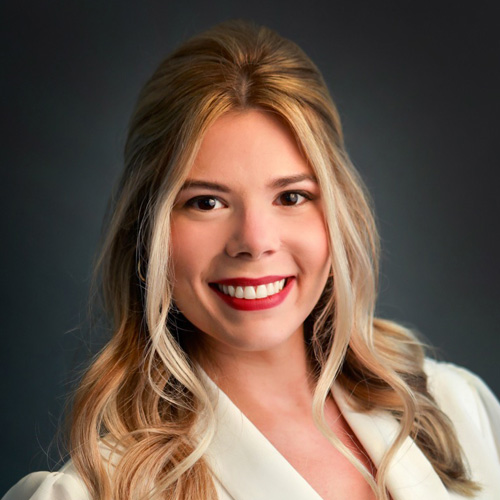 Sarah’s inspiration for serving others began at the early age of twelve as a junior volunteer at her local hospital, and blossomed soon after at a medical camp for kids. There, she discovered her passion for working with children that have special needs and chronic conditions. During her childcare experiences she has found that every child wants and deserves to be treated the same as other kids. As a pediatric nurse, she enjoys having the opportunity to build relationships with patients and their families throughout the entirety of their care. In her personal and professional life, she strives to make a positive impact on children’s lives each day. Becoming involved with the Arkansas Autism Foundation and other community organizations has allowed her to advocate and serve the population she enjoys most, both inside and outside of the hospital. 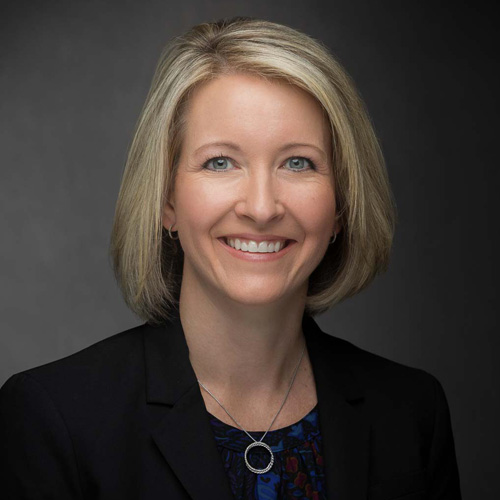 Amy is mother to three active boys (Liam, 8, Ewan, 7, and Callum, 4) and wife to Simon. She is also an attorney and partner at Kutak Rock LLP practicing real estate and transactional law. In her spare time, she enjoys camping and boating with her family and friends, cooking, being outdoors and reading. Amy says, “Being the mother of an autistic child has been one of the most challenging and rewarding things to ever happen to me, and I hope to be able to help others see the beauty and gifts that children and adults on the spectrum have to offer.” 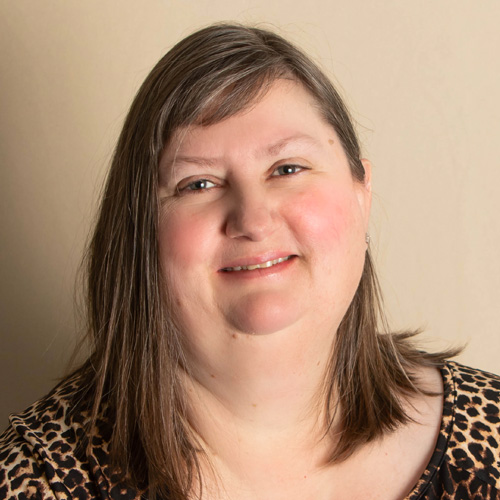 Shawntell is originally from Prescott, Arkansas. She is a graduate of southern Arkansas University in Magnolia with a degree in marketing. She is married to Hewitt Pokorny who she met at southern Arkansas University. She is the mother of a seventeen-year-old son, who is on the autism spectrum. She developed and chaired an inclusion and diversity group for employees and families of disabled at Transamerica Insurance where she worked previously for ten years. She has worked with Autism Speaks in past, but is now solely devoted to working with Arkansas Autism Foundation to help families of Arkansas. 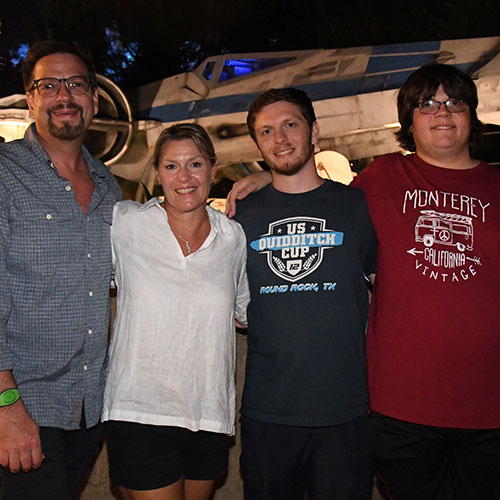 Dawn is the mother of two teenage boys.  Her youngest son, Bryce is sixteen years old, and was diagnosed with autism at the age of two.  Dawn has been an advocate for Bryce and others on the spectrum, and has been volunteering in the autism community since 2005.  She is one of the founding members of the foundation and it is her passion to make a difference and help others.  She also serves as the co-chair of the Autism Festival and Walk.  Although Dawn and her family currently reside in Florida, she continues to assist with the growth of the Arkansas Autism Foundation.  Dawn is originally from Maryland, where she met her husband Brian, and has also called Arkansas and Florida her home. 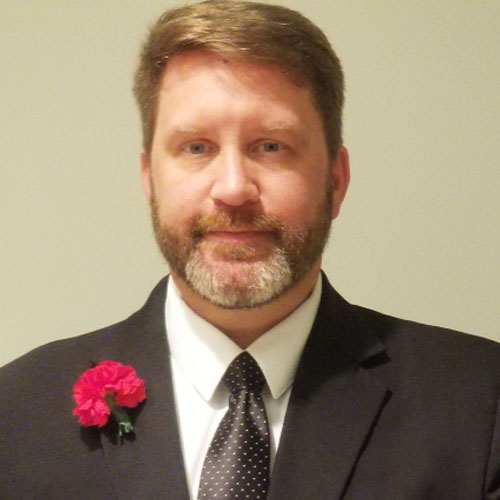 Adrian spent 12 years in the Air Force as an NCO, and over 7 years in federal law enforcement as an agent in West Texas. He has experience as a PTO Treasurer, school festivals and parades, a Girl Scouts Troop Leader, a Booster Club President, and United Way Non-Profit Grant Review Panel Member.  Recently graduated from the University of Arkansas in Little Rock and increasing his western Arkansas network, he continues to find and connect with other parents with children on The Spectrum and just experiencing behavioral issues.  He is “Dad” to two teenage girls who both like sports, cheer, and band, Ellyana (nearly 16 and very high functioning) and Breya (13). They live together in Hot Springs Village and participate in local Hot Springs and Jessieville functions as well. Adrian likes to play basketball and sing/play an instrument in his local church when he can. Adrian works for Mutual of Omaha Advisors as a Financial Advisor and specializes in families with special needs financial planning among other things. 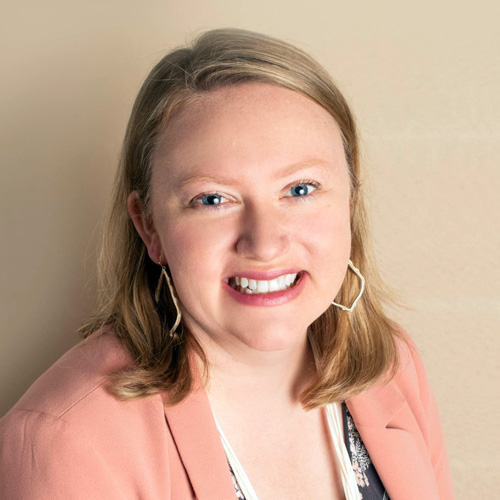 In 2013, Devon’s then three years old son was diagnosed with autism, and she learned the life-changing effect of having a child with a lifelong neurobehavioral condition. A native of Central Arkansas, Devon connected with other local moms and families with children on the spectrum, and eventually helped found the Arkansas Autism Foundation in 2017. Devon brings years of volunteer experience with other local charities and is excited to help make a direct impact on the autism community in Arkansas. Devon holds a degree from Tulane University and is a freelance artist. She lives in Little Rock with her husband, Keith. 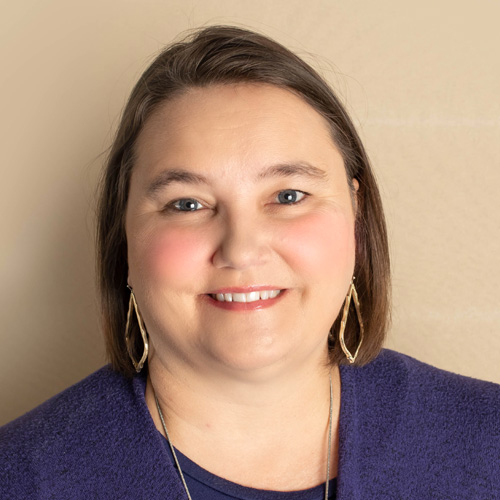 An Arkansas resident since 1995, Terri is one of the founding members of the Arkansas Autism Foundation. She is married to Chris Roberts and is a mother of two boys and two girls, with her youngest on the Autism Spectrum. She has worked as an Associate Wealth Management Advisor with Northwestern Mutual since 2005 but prefers to spend her time helping others in the community. She has previously served on fundraising committees for Camp Aldersgate, the Arkansas Heart Ball, the THV Summer Cereal Drive, as well as Autism Speaks but currently devotes her time solely to the Arkansas Autism Foundation. 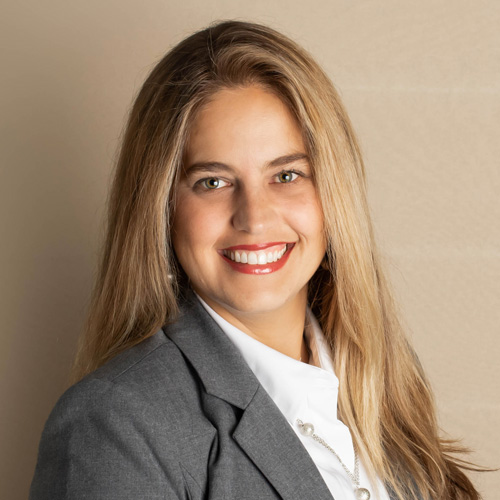 Belle was born in Brazil and fell in love with the United States when she was an exchange student in 1994. She moved back to Arkansas in 2009 and has been a resident of Little Rock since 2011 when she married her husband Joe. She has a bachelor’s degree in nursing and has been working as an RN at Arkansas Children’s Hospital in the Cardiovascular Intensive Care Unit since 2012. She has also worked as a nurse at Pediatric Plus Developmental School. She has a son on the autism spectrum and is a founding member. Belle also serves as the marketing committee chair and she feels very honored to be involved with this foundation. 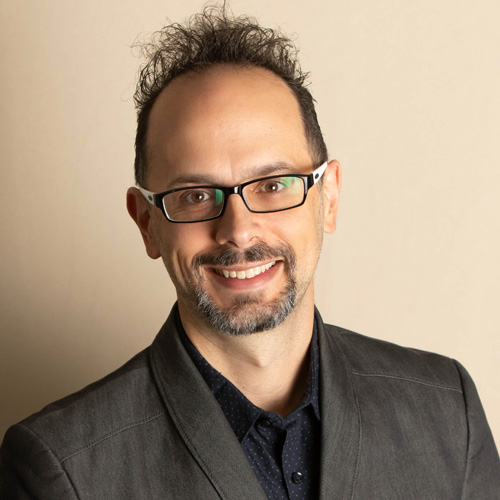 Peter is a graphic designer and creative director, originally from New England and has lived in Arkansas since 2007. During his career in Boston, New York and Arkansas, he has been a designer, actor, improvisor, filmmaker, visual effects artist, writer and, most importantly, father to two boys on the autism spectrum. He holds a BFA in Communications Design from Syracuse University and MFA in Visual Effects from the Academy of Art. Peter is thrilled to be able to bring his extensive experience to the marketing committee for the Arkansas Autism Foundation, helping other parents of autism as advocates for their children. 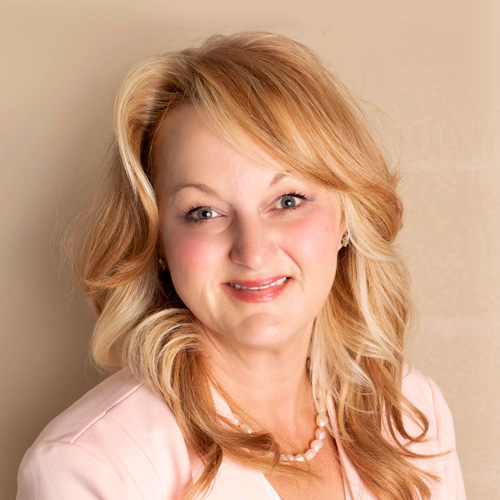 Dr. Jill Flaxman is one of the founders of the Arkansas Autism Foundation. She has worked for 17 years as a Cardiovascular Anesthesiologist with Southern Regional Anesthesiology Consultants (SRAC). She has served an extended term as the CEO for SRAC, and is currently serving as Chief of Staff for CHI St. Vincent Little Rock. She is also on the CHI St. Vincent Board of Directors. She and her husband (also a Board Member), Jon Flaxman, have a passion for developing a sustainable program for Arkansans on the spectrum who need help transitioning from adolescence to adulthood. They have two sons, and the oldest was diagnosed with high-functioning autism early in childhood. They are committed to improving access to resources for children and families with social and behavioral developmental delays. 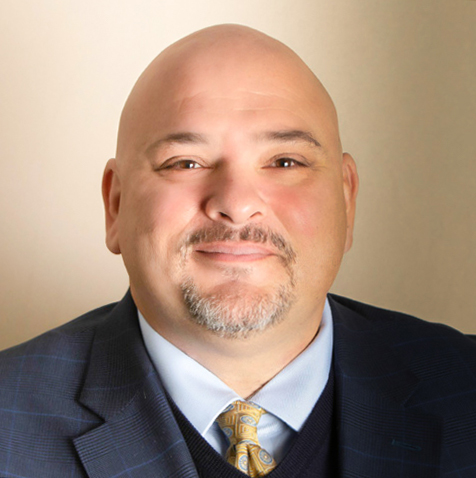 Jon Flaxman is one of the founders of the Arkansas Autism Foundation. A long-time volunteer and board member in several charitable organizations, Jon’s livelihood is in the graphics and printing industry. He and his wife (also a Board Member), Jill Flaxman, have a passion for developing a sustainable program for Arkansans on the spectrum who need help transitioning from adolescence to adulthood. They have two sons, and the oldest was diagnosed with high-functioning autism early in childhood. They are committed to improving access to resources for children and families with social and behavioral developmental delays. 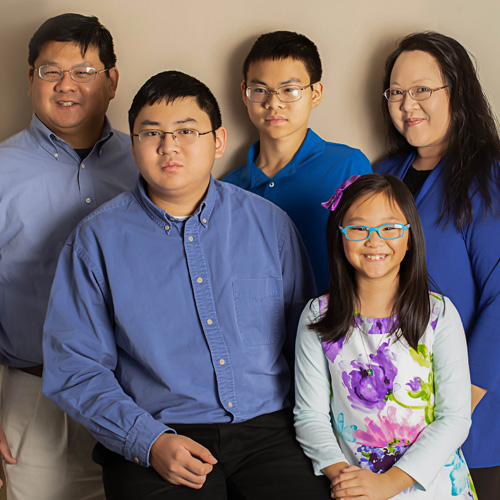 Dr. Cindy Fong
Board Director and Co-Chair of Grants Committee

Cindy has a background in counseling psychology and is mom to three children, two of whom have an autism diagnosis. She has served in various capacities over the years, advocating for individuals with autism or other special needs.  Currently, in addition to being chair of the grants committee for the AR Autism Foundation, she serves on the Lifespan Respite Coalition and is Vice-President of the Community Advisory Board at Partners for Inclusive Communities. Dr. Fong is a trained Sibshop facilitator and recently had the opportunity to travel with her son to Peru to teach workshops to families at a newly opened autism clinic in Cusco. She is honored to be involved with the Foundation and looks forward to seeing more innovative programs and opportunities developed for individuals and families with autism in Arkansas. 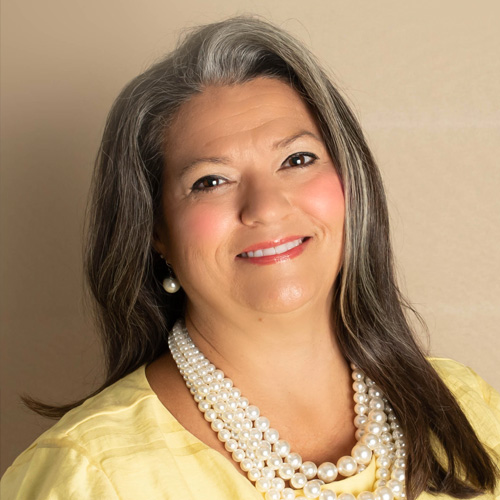 Annette has called Arkansas her home since 1976. She graduated from UALR with 2 BA degrees and a M Ed. Counseling with a rehabilitation certificate as well as being a Certified Autism Specialist. She has been in the educational arena for the past 15 years and married for 27 years. She has a beautiful daughter who is active in the autism community and aspires to be an OT and a vibrant son who was diagnosed with ASD at the age of 9. In 2010, Autism rates were 1 in 110 and Arkansas was severely lacking in education and advocacy. Since her son’s diagnosis, she has spent every spare moment supporting, advocating, and educating Arkansas families by being a founding member of the Arkansas Autism Foundation, a parent representative on the Governors’ Council for Developmental Disabilities, and volunteering with community events. 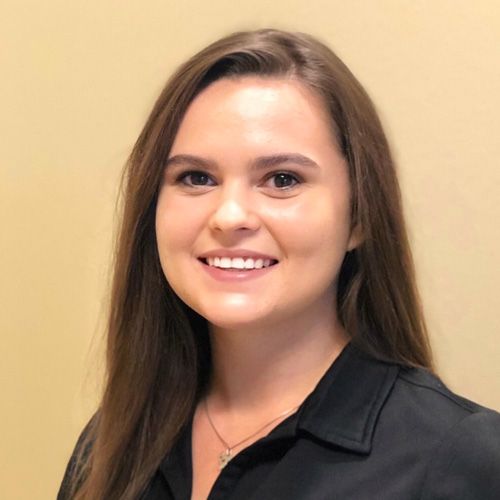 Maggie has a younger brother with autism. She says that he has granted her so much in life, a passion for those with autism, patience, and daily inspiration. She has volunteered with the foundation since its beginning and volunteered with Autism Speaks for 3 years at their annual event. She wants to be able to give back to the community that has given so much to her. She applied to Occupational Therapy school in hopes to help children with autism reach their full potential. She is currently an ABA line therapist and have loved every minute of it. She states: “It is such an honor to become a board member with such a great organization.” 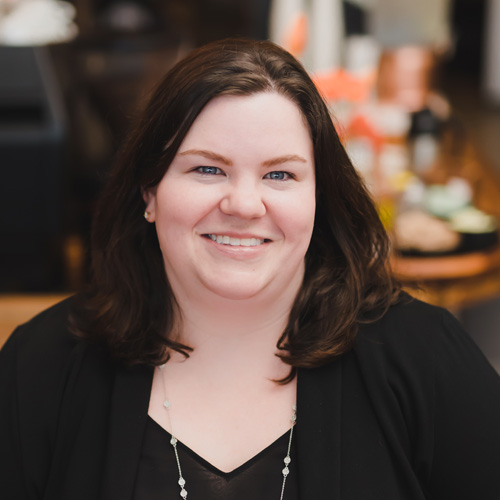 With an extensive background in volunteerism and child advocacy, Brittany is honored to serve on the Arkansas Autism Board of Directors. Previous appointments include serving with the Junior League of Little Rock, various committees within the Children’s Hospital auxiliary, and working with foster children as a court appointed special advocate. Mom to daughter Stella Kate, Snyman works at Guaranteed Rate as a mortgage aficionado. She and Stella reside in Little Rock.

With 2018 autism prevalence rates estimated at 1 in 59 children, we must all work together to support these individuals and families and help maximize their potential to live independent, fulfilling lives.